"Derek finally knew for certain
that a career in music is not only possible,
but it was happening before his eyes" 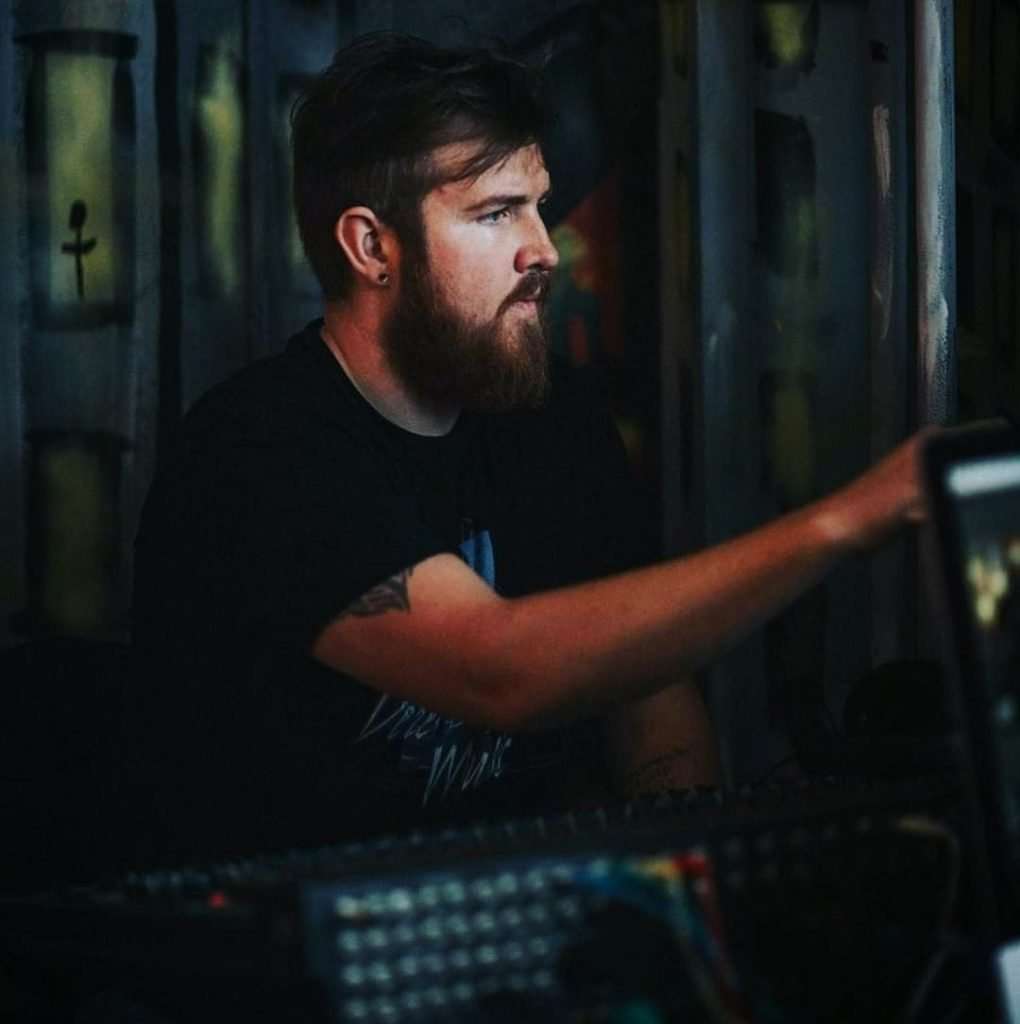 Derek Benjamin is the definition of a modern day producer: A masterful engineer, musician, songwriter, vocalist and more.  His ability to combine creativity, advanced knowledge and versatility truly opens the door for any artist or project.

From just a small child, music had already implanted itself in Derek’s life.  His Grandmother Lillian and her sisters sang together as The Gudmundson Sisters.  Lillian played many different instruments throughout her life.  Following suit, Derek’s mother Dianne and her four sisters, sang in a 5 piece harmony outfit known as The Fridfinnson Sisters.  They performed throughout the Interlake from a young age, and some say they still yodel to this day.

At the age of 10, Derek’s family moved to Clandeboye, Manitoba.  It was shortly after that he decided to pick up the guitar and start taking lessons.  A few new friends converged and shortly after, “The Clandeboyz” was born.  With the youngest member at 4 years old, and the oldest at 12, it was nothing short of entertaining.  They performed everything from Elvis, to Steppenwolf, to ‘N sync.  After disbanding in 2004, Derek moved on to play in a few other bands before graduating high school.

As a drafting and design major in high school, Derek planned to attend university for mechanical engineering.  After a year off, the thought of an office job became less and less appealing.  He decided to continue to work until the right career would come along.  Shortly after, while working in the northern Alberta oil sands, Derek received the gift of a lifetime.  The microphone that started it all.  Just a simple USB mic, but it allowed Derek to realize his lifelong dream of creating music was not just possible, but inevitable.  The love of recording and experimenting musically grew quickly, as did the belief that a future in music was attainable.  From then on, Derek spent countless hours writing, producing and recording all genres of music.

A few short years later, back in Manitoba, Derek spent time in local recording studios and working with new found friends in the hip hop and electronic scene.  In the winter of 2011/12, Derek met Marc Herve.  The shared interest in creative and fun music, led them to write, produce and record the single #AllDayParty.  Upon its release, the single immediately caught the attention of friends and fans alike.  Within one month, #AllDayParty had entered regular rotation on both 104.7 Streetz FM and 103.1 Virgin Radio.  Shortly after, the single made its way into a commercial on TSN, also playing regularly during the Winnipeg Jets games at the MTS Center.  With the success of the single, Marc and Derek released an self title EP under the duo of “6Sigma”.  They went on to release 5 more radio singles, including a fund raising effort titled “Stay Strong & Carry On” featuring local artists Rup Monsta and Saint Kris and a music video which raised money for suicide prevention.  6Sigma performed upwards of 15 shows, including opening gigs for acts such as Moka Only and Kid Ink, as well as headlining gigs like the Labour Of Love Block Party with 3000 in attendance.  In Streetz 104.7’s top 12 local songs of 2012, 6Sigma took the 4th, 7th, and 12th spots.

With the success of 6Sigma, Derek finally knew for certain that a career in music is not only possible, but It was happening before his eyes.  He decided to move out to Vancouver, BC and enroll in the audio engineering and advanced production program at Nimbus School Of Media.  He learnt from some of the best in the business and solidified the skills he had been building for years.  Derek graduated top of the class, receiving a letter of recommendation and a Nimbus gold record for most outstanding student.

Soon after, he moved back to Winnipeg to rebrand and manage Blackli$t Studios for over three years. Working with a multitude of artist’s and genres, Derek expanded his network and repertoire, which propelled him to his next venture. In February of 2016, Derek moved on to a new studio space in downtown Winnipeg. He would continue to work out of this space for almost two years before the building was purchased.

Currently, Derek and his partner have purchased a home in Winnipeg and renovated the basement into a fully functional, accredited recording studio and production suite. Over the past 5 years since moving back to Winnipeg, Derek has been writing songs for his biggest project yet. The untitled debut LP will be released by spring 2020, featuring 10 songs that speak on his experiences with love, loss, and overcoming obstacles. The sound is an indie rock/pop foundation with elements of a multitude of different influences, and showcases the broad range that Derek can command.